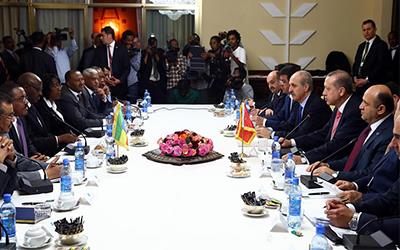 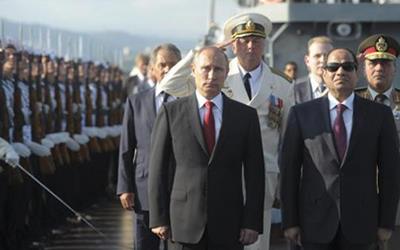 Afrika
Putin’s visit to Egypt at a time when Russia has a growing rift with the US and the Western Europe over Ukraine may carry some significant messages.

Türkiye
The Armenian Question and Suggestions in its 100th Anniversary 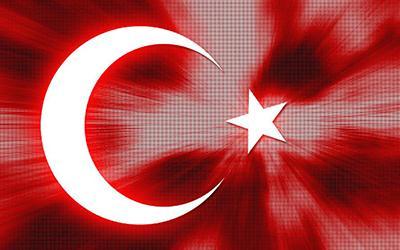 Türkiye
The developments occurred in the recent decade at the global level in comparison with previous periods have left an impression, worth of century, behind. While the change and transformation have been happening, developments in the next decade will be determinant for 21st century. So, what we will do in the next decade will define where we will be in the rest of century.

Avrupa
It is only a matter of time until European becomes an obsolete denomination of the intergovernmental organisation, while its Union component will prevail. Or at least, European would be the least significant part of the name as compared to Union, which would gather a greater substance.

Afrika
As is known, Turkey was accepted as one of the strategic partners of Africa at the 12th ordinary meeting of the Executive Council of African Union which was held in Addis Ababa between 25-29 of January 2008. If we consider the fact that only countries such as People’s Republic of China, Japan, South Korea and India have been previously deemed as strategic partners of the Organisation before, the importance of the qualification that Africa has granted Turkey becomes quite meaningful. 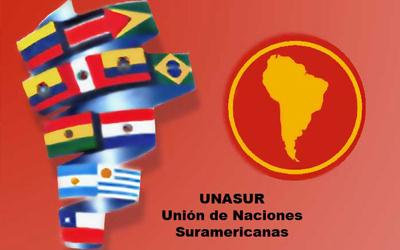 Latin Amerika ve Karayipler
Almost eight months since the vacant post of Secretary General to the Union of South American Nations (UNASUR) arose with the death of former Argentine President Nestor Kirchner, the position of was finally filled when Columbia’s Maria Emma Majia Velez, a former Foreign Affairs and Education Minister, was installed on May 10 in Georgetown at a ceremony presided over by Guyana’s President Bharrat Jagdeo, the current chairman of the continental body.

İslam Dünyası
The death of Osama Bin Laden is considered a martyr among all Jihadist and Islamic Militants globally. His death, although has brought a low morale among his followers does not mean that the ideological goals of Al Qaeda will die off. Militant Islamic groups operating globally have their own agenda’s and political motives but will hold dearly to Al Qaeda’s ideological goals.

İslam Dünyası
The preparatory meeting of the annual conference which will be arranged in 2011 of “Balkan Communication Network” established by think tanks of Balkans led by Turkey was held in Skopje, the capital city of Macedonia on 4th April 2011. During the meeting to which representatives of Turkey, Macedonia and notably TASAM Committee attended, the organization Committee of Conference has been established besides assessing these concerned preparations.

Latin Amerika ve Karayipler
Guyana’s successful hosting of the fourth regular summit of the Union of South American Nations (UNASUR), without doubt, has boosted the country’s international image and has placed it in a position where it can play a leading role in guiding the continental integration process.

Latin Amerika ve Karayipler
In the aftermath of the action by a mutinous section of the Ecuadorian police to topple President Rafael Correa from power on September 30, South American leaders that same evening hurriedly called an emergency summit of the Union of South American Nations (UNASUR) in Buenos Aires where they “strongly condemned the coup attempt”.

Latin Amerika ve Karayipler
The Millennium Development Goals (MDGs) were the centre of attention when world leaders gathered at the United Nations headquarters in New York on September 20-21 to assess their nations’ success in eradicating global poverty.

Latin Amerika ve Karayipler
Two weeks after the UNASUR-brokered diplomatic fence-mending meeting on August 10 between the Presidents of Venezuela and Colombia, the political action in the region took another turn when the leftist Revolutionary Armed Forces of Colombia (FARC) on August 23, through an “open letter” to the Union of South American Nations (UNASUR) expressed its desire for peace and requested to address the continental body of its vision for the country’s internal conflict.

Latin Amerika ve Karayipler
Leaders of the Union of South American Nations (UNASUR) will meet at a special summit in Buenos Aries, Argentina, on May 3-4 to finally elect the organization’s Secretary General.

Latin Amerika ve Karayipler
In a recent op-ed piece, President Hugo Chavez of Venezuela called for the additional strengthening of the Union of South American Nations (UNASUR) and the early implementation of its decisions.

Latin Amerika ve Karayipler
One of the first responders to the Haiti earthquake last January was the South American Council on Health (CSS, the Spanish acronym) which assisted in coordinating the shipment of medical supplies and the dispatch of health personnel to render emergency assistance.

İslam Dünyası
Conference on Interaction and Confidence Building Measures in Asia, better known by its abbreviated name of CICA, is a multilateral forum for enhancing cooperation towards promoting peace, security and stability in Asia.

Afrika
On 5 November the New York Times published an op-ed piece by Patrick Seale entitled “The Rise and Rise of Turkey”. This claim is no fantasy and it applies to Turkish relations with Africa as well