TASAM Turkey Turkish reform ıstanbul Security
In this regard, Security and Defense Reform 2023-2053 Turkey Vision Workshops, which will be held as part of 2016 Istanbul Security Conference will be organized with the support of related authorities to evaluate the Armed Forces 2033 projector developed by the General Staff and predicted vision of Turkish National Police as the milestones in the stipulated reform process in Turkey with the TASAM’s studies developed in the frame of the 2023 Vision before and revised as 2053 Vision and besides main areas of reform processes.

Border security ensures sustainable development of a state. Pakistan has the longest border with Afghanistan known as “Durand Line.“ The borderland is rugged, mountainous and porous unable to control the transition of people across the frontier. Both countries are having a history of strained relati...;

NATO’s ability to accord and shape security environment can be considered in four folds of which all are mutually integrated: Alliance’s solidarity, coherent common vision, consolidated security architecture and the capacity for rational prioritisation, and effective operational conduct. ;

Ladies and gentlemen it is nice to see you. Unfortunately, Covid 19 prevents us from getting together in real. Fortunately, we have the high communications technology at our disposal to continue to do business as usual.;

Istanbul Security Conference, which took place for the first time in Turkey in 2015, was held by TASAM’s National Defence and Security Institute on 05-06 November 2020, under the main theme “Security Institutions of the Future and Strategic Transformation After Covid-19; Army, Police, Gendarmerie, I...;

The report has aimed at examining the impact, based on data, of the trade between China and Turkey on the Turkey’s export to and trade with other countries,; 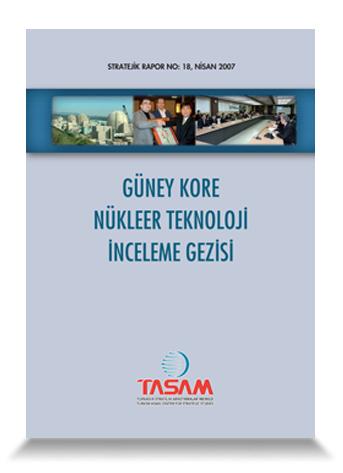